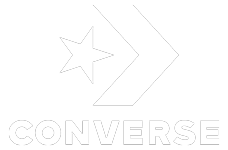 Amplify unleash the individuality at the heart of Chucks...

Fans see their Chucks as a symbol of self-expression. Chucks are a part of who they are. Amplify were challenged to bring Converse’s global ‘Made By You’ campaign to life across the UK as a part of Converse's ongoing commitment to unleashing the creative spirit.

For over 100 years, Converse has celebrated individuality. We treated the Chuck as a blank creative canvas, ready to tell each wearer’s story.

Create and execute an ambitious campaign that celebrates you. In true Converse style, champion individuality by handing much of the creative direction over to the sneaker lovers themselves.

Amplify created a multifaceted through-the-line campaign, heroing Chuck wearers. And, in true Made By You style, we allowed them to tell the story, letting them unleash their creativity every step of the way.

This campaign encompassed out of home, print, PR, experiential, installation, murals, retail installation and influencer seeding – all the while never loosing sight of giving the audience control every step of the way.

The campaign played out in three stages. We kicked off during London Fashion Week, hosting a seeding space – part gallery, part club - where celebrities and their pals could hang out. Come nightfall, we’d hand the space over to the capital’s most exciting creatives – think Kate Tempest, Jefferson Hack and Swim Deep – letting them throw their own parties.

This was followed up with an installation space, featuring thousands of polaroids of Londoners proudly showing off their Chucks, captured by students at Central St. Martins. The Made By You message was spread far and wide across the city by an out-of-home campaign carefully coordinated by us – embellished with innovative, tactical pieces.

We topped the campaign off with a physical space on London’s famously fashionable Carnaby Street, where Chuck wearers could pop in and memorialise their sneakers in a photo, and share the image on social.