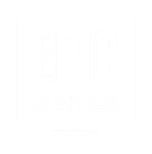 Epic Games wanted to celebrate the launch of the most important release in gaming for years: Fortnite's Chapter 3. To do this, they tasked Amplify to leverage an undoubted cultural moment and create a global campaign that teased their 300 million+ fans and increased awareness of the new island map being unleashed to the world.

Fortnite's fanbase is a hyper-engaged community, constantly trawling the web for clues to the ever-evolving beta world of Fortnite.

These clues perpetuate a hype machine of rumours that are constantly discussed, shared and argued between players and gaming influencers globally.

Build a global campaign that transformed a globally trending cultural moment into an authentic and interactive fan experience that would fuel the Fortnite hype machine.

To do this, we wanted to reimagine what a gaming launch could look like by building a world where online experiences and real world activations blended together to create a seamless narrative, teasing Fortnite's enormous fanbase globally and creating mass conversation and speculation online.

Bring the in-game narrative into our world and flip traditional media on its head by placing ambient clues of the new island around the globe - through four anamorphic shows that spanned DOOH sites in New York, London, Tokyo and Stockholm.

As the game play flipped the Fortnite island online and threw all players out to sea for 17 hours, we digitally scattered the eight letters of the iconic logo simultaneously in four locations across the world. Flipping the format of anamorphic, these ambient OOH pieces were striking in their stillness and size in locations like New York's Times Square and London's Piccadilly Circus.

Each location teased a new addition to the game that provided influencers and players easter eggs as to what the new island would hold. Elements like environmental gameplay including ice and thunder as well as new characters like Spider-Man and Butter Cake were woven into the anamorphic shows, slowly evolving in front of fans eyes.

Each location was tactically seeded to some of Fortnite's top influencers including Ali A, Hey Stan and FaZe Nate Hill, who in the craziness of the game going offline started to post images and videos of the locations on their socials and their Twitch livestreams fuelling the hype machine.

All four locations were rendered in Unreal Engine, the same graphic engine that powers and creates the world of Fortnite.