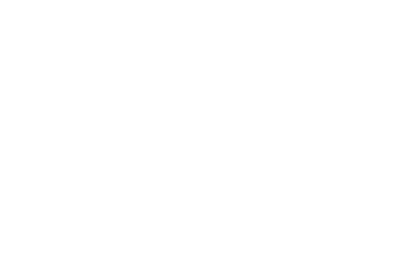 Meet Xilesia: Xilesia Dwyer Henry is a Visual Conceptual Artist that creates Artworks based on Social Issues through either journeys in which people she knows have encountered, or through her own personal experiences.

Xilesia often uses her Artwork to express these journeys in the form of what she refers to as Advertisements, more recently Xilesia has began to bring in her desire to create change by beginning to create connections with charities as well as fund-raise with hope of supporting charities whom are severely affected by financial cuts and stabilizing crucial frameworks. Her work can be found on both www.artbyxrdh.com and https://www.instagram.com/miss.xrdh/?hl=en

To answer honestly I would say it feels multi-faceted, and in so many ways too. There are the positive aspects of being Black in 2021 such as seeing the sense of community and culture which is less rejected and is becoming more respected also which I love. The hard aspect I face however is sometimes looking back at the generations before me, and acknowledging and very much in mourning at times too that my ancestors and any other Black person's ancestor, isn't here right now to experience the privileges that I have today. For this reason it feels like a form of yin and yang, a good and bad, I have a huge amount of respect for the generations before me and look at them like deities. The generations before myself gave me the richness I have today to fight each and every battle I fight, but my admirations begins with the high amount of strength and intelligence the Black generations before my own, to be so well informed, knowledgeable and conscious during a time where for many, there was a huge amount of restrictions when it came to accessing education, rights, and even history.

Now I think we have so much more of a framework legally for us to access education, history, civil and legal rights. I am forever grateful for that. But the sad part is this framework, access to legal and civil rights, education and history is not open for every Black person in 2021 hence why I say yin and yang. It can be easy to think about the more obvious positives which shouldn't be discounted from developments made. However slavery, poverty, mining, sex trafficking and many other crimes where Black people have been victims of, are still practised today, and that's the part where I feel like a child in a glass house powerless in finding a solution where all Black people across the world can be granted the same standard of living and rights (and that not meaning poverty or loss).

How has social media affected the social issues you care about? Do you feel like it has brought about any meaningful change?

Social media has been fantastic for advocates and activists when it has come to creating more forms of unfiltered news, as well as evolving into a space where there has been a healthy source of outreach and access to support which may not be so easy for people to find in all areas geographically. An obvious example which comes to mind is the BLM movement.

In 2016 was when I had first come across the BLM movement in London, England, around that time it was very useful in me being able to discover the London BLM community through social media. Finding the BLM community in London allowed me to have dialogues with members of the BLM community safely and arrange for myself to attend marches in London. Had I not been able to access that body of information, I would've been in an extremely powerless position not knowing about the London marches to protest.

Sadly on this matter however, social media has also been used as ways to stalk, harass, break many confidentialities which has meant that after attending the protests many BLM activists and advocates had their personal home addresses leaked by media, which made all of the BLM activists and advocates lives gravely at risk to this racist data breach. Now despite me sharing this example using the story of those from the BLM community, this is something that is increasingly experienced by those who bravely choose to speak out when it comes to the subject of injustices.

I would still say social media has brought meaningful change and progression. Having many mediums to communicate using social media, creates the opportunity to interact with diverse

forms of people which can be hugely informative. For those that have problems with audio and/or have health problems affecting physicality allows us to also not be shut out of important conversations which the importance of inclusivity when it comes to accessibility, has been emphasized during the Lockdowns across the world.

I do however feel more needs to be done to make it fully inclusive- when it comes to those who are from lower economic backgrounds who do not have access to the internet. During lockdown this was something where a light had been shone a light upon when it came to the accessibility to work and educational resources. They too need to have the access as freely and accessible as I and everyone else does that does not live in forms of poverty (relative or absolute), so those who are from lower economic backgrounds are not having restricted or lessened resources are not lessened especially in climates like what we are living in currently.

How can we act now to consciously progress?

If I was to give advice to anyone that wants to consciously act with hopes of creating progression, I would say join groups in your local area that are speaking out of subjects you are passionate about. Some of these groups can be found online, or even the local magazines and newsletters. Now I understand that there are people like myself that may do all of that research and still not find any groups in their local area, for those people I would say create them! Follow companies that align with your values if you have social media, or sign up to their newsletter via email or post if you don't have social media. Attend any meetings, discussions, talks which will help you find like-minded people and even sign-post to other groups out there to join, in addition to informing you and keeping you up to date with current issues and developments.

See whether there is anyone you are following or part of any groups you are connected to that are part of any political parties locally, another alternative would be to write to your local MP addressing the issues you are passionate about. The main goal is to get the issues you are passionate about addressed and followed through in parliament. This may take some time and patience but can be achieved.

What immediate changes would you like to see in your industry?

My Profession is a Conceptual Visual Artist, and there are a lot of changes that need to be addressed, heard, and changed. Firstly I would like to see change to the structures and belief systems enforced in higher institutions. Something that exists and has a profitable history in Art Schools and workplaces, is the elitist and non-inclusiveness when it comes to the acts, expectations and beliefs systems as an Artist. Something I myself was on the receiving end of while being educated at a leading Art-School.

During my time at University, there was an unwritten but very apparent narrative that you need to be pigeon-holed within a category in order to succeed. Forget your own identity or belief systems, if you want it bad enough you need to conform to succeed.

That in itself is a huge stereotypical view that needs to change. When I was at art-school I remember feeling constantly anxious, because I knew I did not fit the Art School mold. If I was ever unsure whether those theories were correct, I had the re-iterations through every crit, lecture and talk that I went to. The mold in particular which I refer to is similar to an Old Boys network which is typically associated with politics, where the expectation is White, Middle or Upper Class, and even addressing particular themes in Artistic practice. I knew I couldn't be them and to be honest, I didn't want to be. But in the situation I found myself in was not one that was particular to myself it is something which is regarded as an unwritten rule and norm.

Why I feel this immediately needs to be changed is because the cliquey-ness which exists within the art-world exists is based on very outdated views on Art. I would like people from all backgrounds given equal voices to, and to not have intelligence assumed when it falls outside of that scope. I would like more inclusiveness for all levels of physical abilities, and not have so few disabled artists, and I would also like the narrative to change that an Artist has to sacrifice their souls and Mental Health for the sake of Art.

What long term growth do you want to see within your industry?

I think the establishment needs to be changed! Rip up the old book of rules, allow better freedoms within the Art-world to create more spaces in the high up establishments for marginalized Artists to create and gain recognition. Address and rectify the huge exploitation surrounding creatives getting paid an honest wage. It would also be nice and hugely important to also study Artists who aren't from well-connected, Aristocratic and Well-off families when it comes to Historical Art, I feel that would be hugely inspirational to see.